Secondary education in England and Wales

All you need to know about British secondary schools 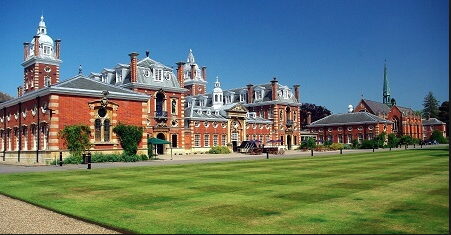 England as well as Scotland, Wales and Northern Ireland is a part of Great Britain. Each of these has its own education system for both primary and secondary school education. The difference between them can be minimal from mandatory age for starting school to the school curriculum.  For example, the education in Scotland allows for more subjects whereas in England and Wales there are less subjects to study with the focus on depth rather on breadth.

The children in England start school when they turn four. That means that in order to be admitted to Reception class they should be 4 years old by the 1st of September. At the age of 11 they move to Secondary school, which starts from Year 7. They remain there until Year 13 (18 years old), although it might be subject to successful performance in GCSEs.

Places in state schools are given by the Education department of the local council.

The majority of primary independent schools are for children from 4 to 11 years old. After that, children move to secondary schools and remain there until they are 18 years old. There are schools that might admit children at the age of 7 or 8, some of them are only until the age of 13 (mostly boys-only).

The cost of educating your children privately starts from around £18.000 per annum. More than half of private British schools are same-sex although their number is decreasing with mostly boys-only schools being converted into mixed.

Children in British secondary schools study the following subjects – English language and English literature, maths, sciences – biology, physics, chemistry; humanities – history, geography, religious studies. Students advanced in maths may choose to study further maths. A lot of public schools and some state ones can also teach Latin and other classical languages such as Ancient Greek. As for creative subjects often there is a choice from arts, design and technology, drama and music. At least one modern language is mandatory, but most of private schools will offer two or more. The modern languages are French, Italian, Spanish, Mandarin, Russian, German, etc. Some schools offer Japanese, Korean and other modern languages.

All the schools will necessarily have PE and games, although the number of hours may vary from school ro school.

Curriculum in state schools is defined by the Department of Education and public schools may choose whether to follow the state curriculum or not.

At the age of 15 and16 children who go to British schools have to pass GCSE exams. GCSE stands for General Certificate of Secondary Education. These exams are mandatory for all and the majority of children will take from 8 to 10 subjects and some even more.
The choice of GCSE subjects is made of six non-optional subjects and some optional ones. Maths, English language and English literature and minimum one of sciences as well as a modern language are amongst the compulsory subjects. Then, it is necessary to choose one creative subject (out of choice from arts, drama, music, etc) and one humanities (history or geography or religious studies). Altogether, it will be 10 subjects in average depending on the school policy.
In 2017 the system of marking the GCSE exams was changed and from now on students receive numerical marks from 9 being the highest and 1 being the lowest instead of former A*-G.

Having passed the GCSEs children can move to the next level of school education that is called 6th form. The name  comes from the last century when secondary education in the UK was divided into forms rather than years. To continue studying until the age of 18 is compulsory under the British system although there is a choice whether to go to the 6th form or not. Other options include studying combined with apprenticeships or traineeships.
Studying in 6th form is possible at schools or 6th form colleges, that are also called further education college or FE college. Colleges are different from schools mostly by giving more subject choices to study.
More on sixth form

Exams at the end of school

The main goal of studying at 6th form is preparing for end-of-school exams such as A-level, International Baccalaureate (IB), BTEC or Cambridge Pre-U.

A levels are end-of school exams and children pass them in the last year of school. As a rule, students take three to four A level subjects. The choice of subjects is extremely inportant as it defines what university a student can go to as well as what course he or she is going to take. A level is marked on a scale from A* to G and the grades received form the basis for the universities to make an offer of acceptance. A-levels in details

International Baccaulaureate or IB is an alternative to a more traditional A level. Its advantage is in broader choice of subjects, which allow a student to make a decision about what to study at a university at the last moment.
On the other hand, not everyone would like to study 6 subjects whereas only three subjects are enough at A level. It is worth keeping in mind though that A level subjects are studied at a deeper level than IB subjects.
Another advantage of IB is its international accreditation recognised all over the world. That makes the process of getting to the universities outside of the UK much easier. More about IB

BTEC stands for Business and Technology Education Council. This qualification is tied to learning professional skills as well as the theory.

Cambridge Pre-U as well as IB is yet another form of an alternative to A levels. It is well widely recognisable by the British universities. As with IB and A levels students prepare for and have these exams at the age from 16 to 19 years. Cambridge Pre-U was introduced by Cambridge International Examinations in 2008. The Cambridge Pre-U offer a qualification that gives a chance to study a subject on a deeper level than A-Level.
A number of public school such as City of London School, Charterhouse School, Cranleigh School, Westminster School, Winchester College, Oundle School, Christ’s Hospital, Dulwich College, Shrewsbury School, Rugby School and Eton College offer Cambridge Pre-U for certain subjects in place of A-Levels. Some state schools joined them – Royal Grammar School, High Wycombe, Simon Langton Girls’ Grammar School, Wimbledon College, Coloma Convent Girls’ School, King Edward VI School, Cardinal Vaughan Memorial School, Harris Westminster Sixth Form, Watford Grammar School for Girls, Simon Langton Grammar School for Boys, Lancaster Royal Grammar School and others.


Secondary education in England for boys

Many of boys-only schools start admitting boys at the age of 7 or 8 years for Years 2 or 3. The entrance process consists of entrance examinations called 7+ or 8+ and an interview.

Next entrance point is at the age of 11 to be admitted for studying in Year 7 or Year 9. For Year 9 a boy gets a deferred place. In this case, a boy has his exams or more often a computerised pre-test at the age of 11, but the start is postponed for 2 years until the child is 13 years old (to start in Year 9). In Year 8 the place is confirmed based on the results of Common Entrance Examination.

Secondary education in England for girls

Usually girls remain in primary school until the age of 11 (Year 6).  After that, they go to secondary school based on results of entrance exams and continue their education there until the age of 18. The entrance points for girls to some girls-only and mixed schools are at the age of 4, 7, 11 or 16 years.

There are schools where girls come when they 4 years old and stay until they are 18 without having to change schools between primary and secondary.

GETTING INTO A PRIVATE ENGLISH SCHOOL

Independent or private or public primary schools in England usually doen’t have entrance exams for new students, although sometimes it is necessary to go through an assessment. The entrance policy is decided and regulated by schools themselves.

It is advisable to register with a school the sooner the better and for the most prestigious schools parents put their child’s names when they are only a few months old.

For the majority of secondary schools a child will have to have 11+ exams and the more popular a school the more competitive the entrance process is.

GETTING INTO A STATE ENGLISH SCHOOL

As we said above in order to get admitted to a state school there is no need to pass exams. This excludes grammar schools. Grammar schools are selective schools. They are very popular because of their high position in the British league tables and high-end results for A level and other forms of the exams.

Sometimes it is necessary to take part in an exam in order to be admitted to comprehensive schools too. This is not done with the aim to select the most academically advanced children but merely as an ability test, which defines what ability class a prospective students will be placed into. Generally, the proximity from school is the main factor, which decides if a student is going to be admitted to a school of the first choice. As for primary state schools the exams are never needed – living in the catchment area is the factor the decision is based upon.

A school year and education in the UK

With private schools the beginning and the end of the term are decided by the schools themselves and may vary from school to school. The winter term start sometime in the beginning of September (or more rarely in the end of August) and ends in the middle of December. There is a one- or two-week break in October. The next term – the spring term – begins in the first part of January and ends in the end of March or beginning of April with one week of holiday in February. The last term – the summer term – begins some time in April and lasts until mid-July (more or less). The half-term break usually is in the end of May.